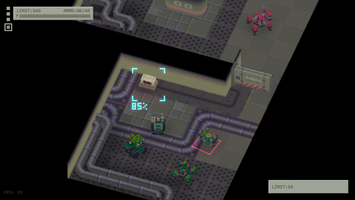 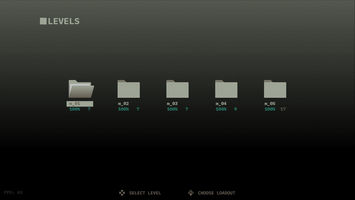 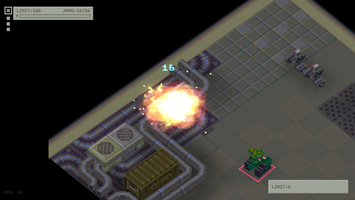 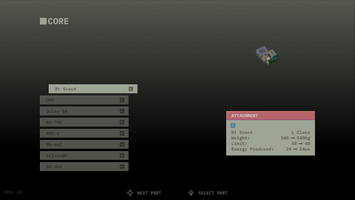 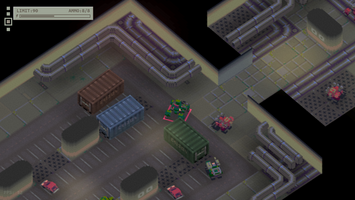 The other day a new topic was created in the community forum for oxalis - What influenced the game. I wrote a lengthy response, and thought it'd be nice to add some images and clean it up a little bit and post it as a devlog!

Oxalis has sort of evolved from an idea that my friend David Byers and I had worked on almost 8 years ago for the cyberpunk game jam. We were both big fans of Valkyria Chronicles and wanted to make a game where you controlled robots in an office building doing espionage and fighting other robots. That specific game never got made, but I came back to the idea every couple of years. 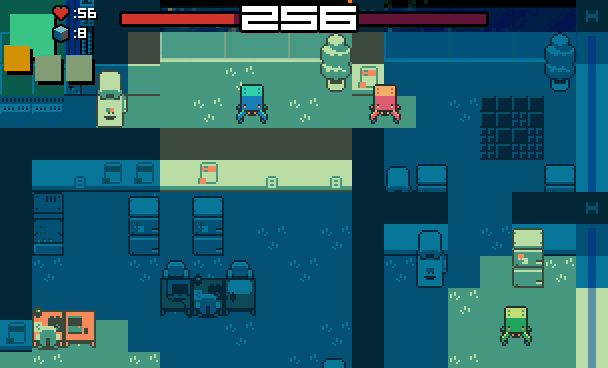 The first mockup of our cyberpunk jam game, March '14 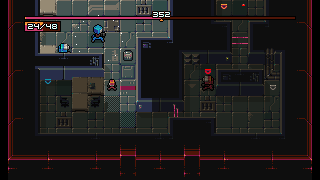 Another iteration of the game, November '15

In October of 2016, Moppin and Nemk released NIUM as part of the Fantastic Arcade Bundle, and it featured a really lovely 3D effect that was accomplished by stacking sprites on top of each other to achieve a sort of voxelized effect. I was really fascinated by the idea, and in 2018 I implemented the effect in HaxeFlixel during Ludum Dare 41 to create Outlaw Mayor Panic! I've used the effect a few times since then, often in collaboration with Austin East, another Haxe developer.

In early 2021 I was asked if I'd like to make a game for Indiepocalypse, and I definitely did because I really love that project! I started making a game where you played as an archer and could stack power ups to get through levels. It was coming along really well until someone showed me the game Wildfire, which has a lot of similar mechanics and looked way nicer, so the wind kind of left my sails.

This sort of coincided with a few emerging interests I was having - wanting to revisit that robot game, wanting to revisit making a faux 3D game using sprite stacking, and wanting to revive a turn based game I was working on for a Newgrounds Jam, but using a drastically different aesthetic. I sort of threw all my free time into pursuing these for a bit and oxalis began to emerge.

If you look at most of my games, you'll notice I really love working with the Pico 8 palette - I love fun and bright looking games and a lot of my games are pretty carefree and light. Recently though I've been working on a stealth game that I wanted to give a grittier feel, so I had been working with Arne's Psygnosia palette. I've been loving that one so much that I just started using it for oxalis. 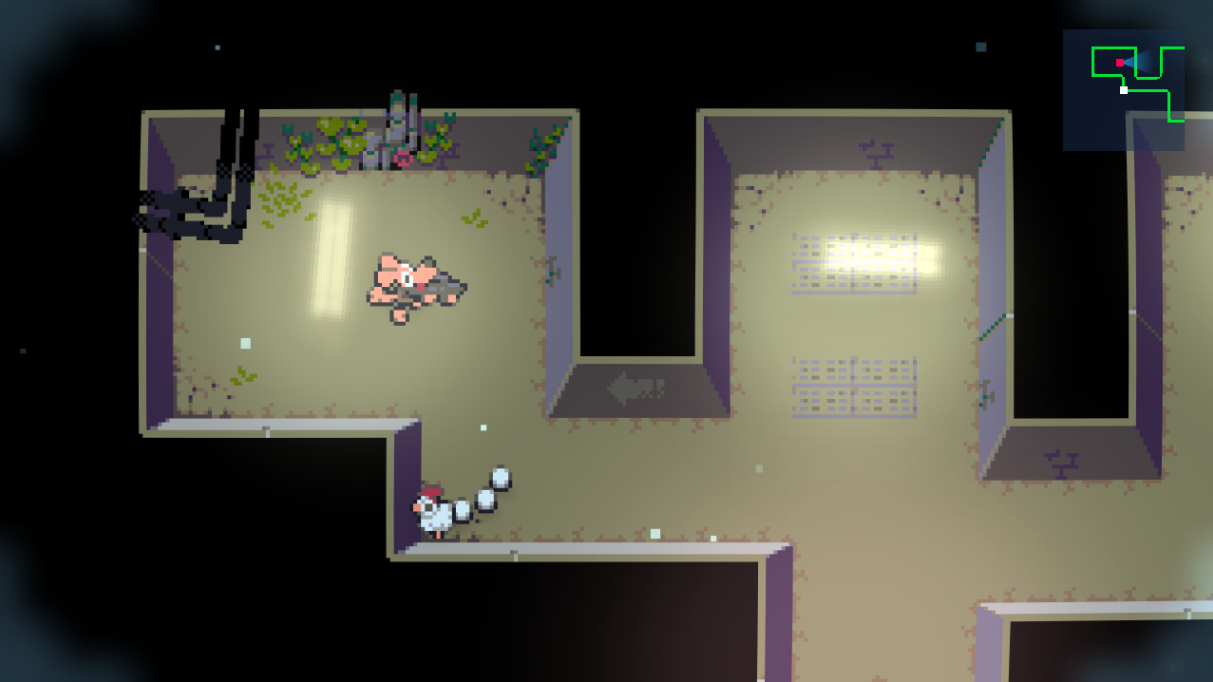 One thing that the sprite stacking sort of influenced was the scale of things - in previous iterations of the robot game, a robot would maybe be 3 or 4 feet tall, in oxalis they're more like 10 meters or so - this is because doing high detail objects like a desk with a computer, mouse, keyboard, etc is way tougher to render, and the walls felt so small unless they all had a ridiculous amount of slices, so scaling up the robots solved everything.

Once the robots were larger, it really started looking like a Front Mission game, and I'm a huge fan of Front Mission IV so I kind of leaned into that with the UI elements after a couple of attempts with the UI I didn't really love. Ideally I'd like to rework the UI, because I'd like it to have a more unique aesthetic to give it a stronger identity, but for now I'm happy to give people that association because the missions are very combat oriented and it's probably a really good short hand to say "hey maybe if you liked that robot strategy game you might enjoy this one". 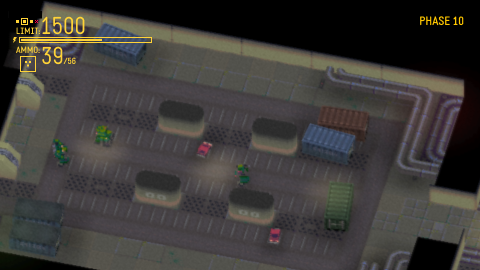 Another big influence on this game is the game Uplink. I'd really like a more full version of this game feel more like Uplink than anything else. The scope of this version didn't really allow a lot of that - you can kind of see it in the menu feeling a little bit like an operating system to give the player the sensation that you're not playing AS the robots but you're playing as a person at a computer controlling the robots remotely. In previous iterations of this game I've experimented with more OS mockups. 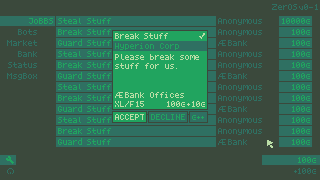 I hope this sort of solidifies where this game came from, some of its influences, and some of the ways it's drawn from or contributed to ideas in my games since the original idea. Personally it's very interesting to have something sort of floating in my head for nearly 8 years finally solidify into something playable. It's very different from the original idea, but there's enough DNA to feel like it's a manifestation of something very familiar.

This is awesome. I remember playing NIUM at fantastic arcade (one of the very few indie game events ive been to) and being mesmerized by the art style. I really feel like youve really made a super unique and sharp visual style with Oxalis, great work :) & thanks for sharing

What a great read! Thanks for answering!